The Regents of the University of California, Santa Barbara 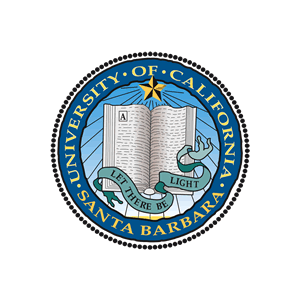 Competence and main role(s) in the project

Prof O’Malley will advise on aspects of the project pertaining to the sequencing, metagenomics, and overall impact of anaerobic fungi in the herbivore rumen environment. Her laboratory has led past efforts to isolate, characterize, and sequence the genome of novel strains of anaerobic gut fungi isolated from large herbivores. She also will contribute expertise in cellular engineering and synthetic biology-based experimental efforts to leverage carbohydrate active enzymes (CAZymes) identified from the herbivore rumen.

Michelle O’Malley
Michelle A. O’Malley is a Professor in the Department of Chemical Engineering at the University of California, Santa Barbara and the Associate Director of UCSB’s Bioengineering Program. She earned a B.S. in Chemical Engineering and Biomedical Engineering from Carnegie Mellon University in 2004 and a PhD in Chemical Engineering from the University of Delaware in 2009, where she worked with Prof. Anne Robinson to engineer overproduction of membrane proteins in yeast. O’Malley was a USDA-NIFA postdoctoral fellow in the Department of Biology at MIT. At UCSB, her research group engineers protein synthesis within anaerobes and consortia for sustainable chemical production, bioremediation, and natural product discovery. O’Malley’s research has been featured on NPR’s Science Friday, the BBC Newshour, the LA Times, and several other media outlets. She was named one of the 35 Top Innovators Under 35 in the world by MIT Technology Review in 2015, one of the 10 “Scientists to Watch” by Science News in 2019 and is the recipient of the Presidential Early Career Award for Scientists and Engineers (PECASE) – the highest honor bestowed on early career scientists by the US government. She is also the recipient of the Allan P. Colburn Award from the AIChE, the ASM Award for Early Career Applied and Biotechnological Research, the AIChE Division 15 Early Career Award, a DOE Early Career Award, an NSF CAREER award, the Camille Dreyfus Teacher-Scholar Award, the ACS BIOT Division Young Investigator Award, an ACS PMSE Division Young Investigator Award, an ACS WCC “Rising Star” Award, and a Hellman Faculty Fellowship. She was elected to the American Institute of Medical and Biological Engineers in 2020 as is the Chair-Elect of the ACS Division of Biochemical Technology (BIOT). 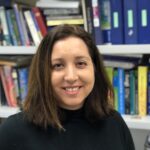 The HoloRuminant project has received funding from European Union’s Horizon 2020 research and innovation program under Grant Agreement No 101000213. This publication reflects the views only of the author, and not the European Commission (EC). The EC is not liable for any use that may be made of them information contained herein.